It’s been a couple of weeks already, but I figured it would still be nice to take a look at my notes and put together a couple of things I learned over there.

Here we go! (You’re invited to add yours on the comments below :D)

Game development has a love/hate relationship with frustration

Dave Gilbert inaugurated the conference with a nice talk where he shared lifelong learnings like how much he wished he hadn’t forced himself to get too much into The Frustration Zone as a developer. 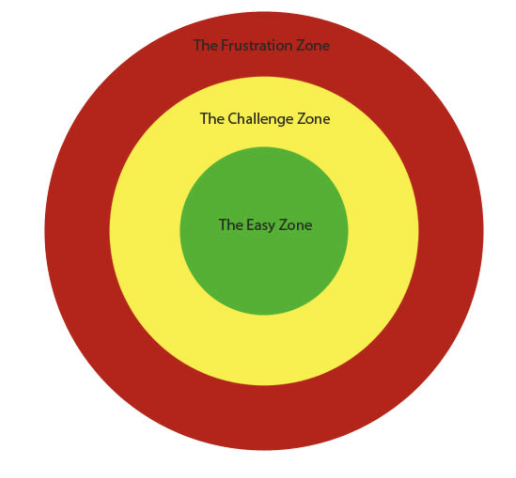 The Frustration Zone is a place we all drop by every once in a while I think, but Dave’s talk made me think about how much we take for granted that things like working over hours and iterating to death are needed in mostly any development.

I wonder if this kind of self-indulgence is leading us to the wrong reasoning that if there’s pain and sweat, there will be success.

Voice actors just want to do their job! 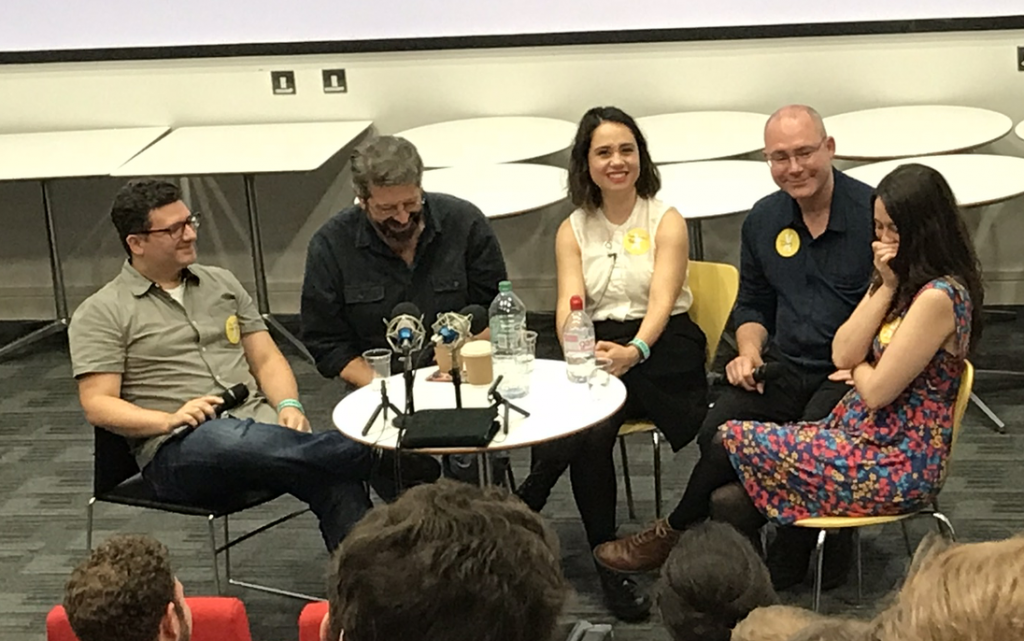 I was surprised that the conference gave that much relevance into the schedule to something so foreign to indie and medium budget games, but there you go. I guess you can learn from everything.

Still, it was nice to hear, and even chat with voice actors, and learn more about their workflows into the development teams.

I guess I was mostly surprised by how much they are used to help shape the narrative identity of the game, and how commonly their contributions are actually frustrated by directors being unnecessary picky and giving unnecessarily detailed instructions.

Some diamonds are shinier than others

During this AdventureX, I had the opportunity to chat with some of the developers showcasing their games. Many of the projects were promising and inspiring, but as politically incorrect as it might be, today I’ll highlight just one.

I only played The Almost Gone for a few minutes, but I was impressed by the level of polish and the suggestive combination of sound, narrative, and visuals.

I think it’s something natural to be attracted by the way things look, and people queuing to try this one out is the proof that this is specially truth for indie video games today.

It was really nice to come across this little jewel. I just hope the game gets the attention it deserves, and also, that the whole thing is as good as it promises.

Some games are not meant to be played at conventions

Which leads me to a kind of complementary thought. The noisy and hyperactive environment at conventions doesn’t create a good frame to experience the strongest points of some “less visual” games.

This affects, for example, adventure games that rely on text as the main narrative driver, or those where the engagement is empowered by music or a sense of immersion.

Bottom line is, I guess, judge games on the right context.

There’s no such thing as a cornerstone behind the game design process of good video games. 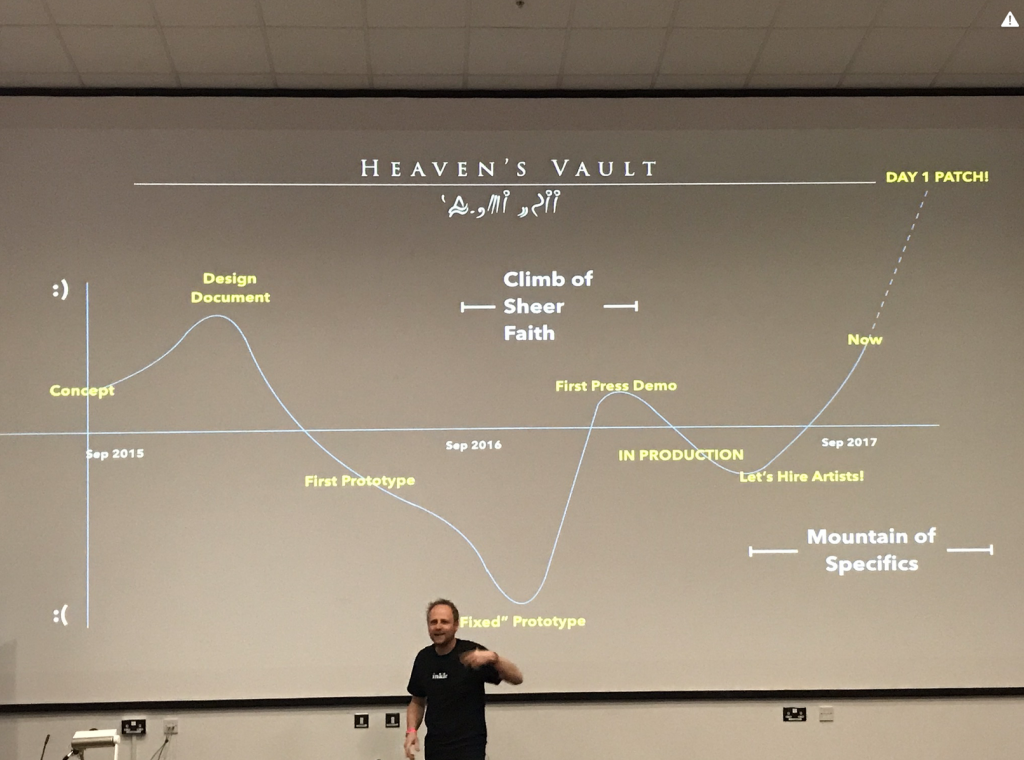 The ups and downs behind Heaven’s Vault development.

Every project is a unique combination of technology, workforce, mechanics, and theme; and the process that turns that into a specific design is inevitably based on things as vague and scaring as iteration, trial and error, disorientation, and some times, utter failure.

Jon Ingold’s step by step walkthrough on the design process behind INKLE‘s upcoming game was insightful in that way. Even the guys who end up making good stuff come across endless crossroads and doubts before achieving success.

Stories can be told without words! :O

Okay… that is such an obvious thing to say at this stage… Still, I think it’s assumed it’s taking game developers quite a bit to get out of their comfort zone and start looking for their own ways to tell stories.

AAA games usually rely on voice lines, cut scenes, and big chunks of text on journals and so to tell the story, and a lot of indie adventure games developers focus on classic genres like point and click. New accessible technologies like Twine favours the same kind of approach.

The thing is, I think… it’s more difficult to think about a new language, and since the media is still in its infancy, we don’t intuitively draw on the right tools and workflows. 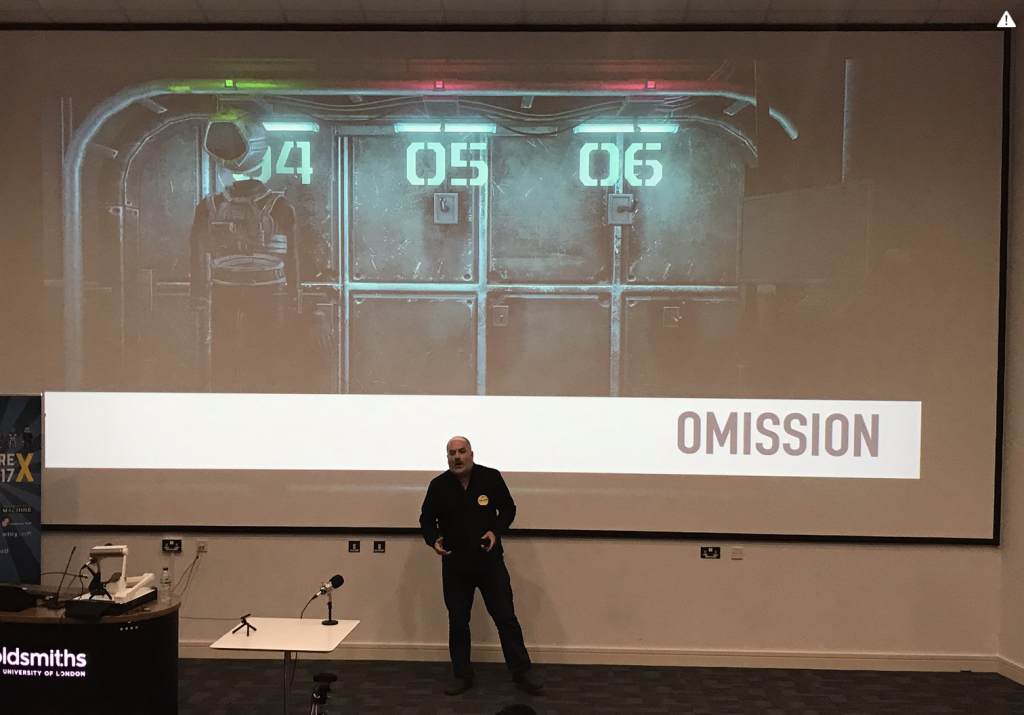 What about saying something… by removing stuff!

That being said… of course there are new games coming out where words are just supporting the mechanics, or even totally absent!

A few examples were mentioned on the talks, like Virginia, INSIDE, or Little Nightmares. We’re on the right track, guys!

You really need to support the Kickstarter if you want to be guaranteed attendance!

Word of mouth is helping the event getting popular, and I’m sure this will be the trend on the upcoming years as well.

A few people were left outside the auditorium this year, and some left in frustration after having to wait for a bit too long. If you want to be guaranteed a sit into the conferences, be sure to sign up to all possible feed channels connected to the event, and support the Kickstarter campaign when it comes out next year.

WiFi booths are the next best thing! 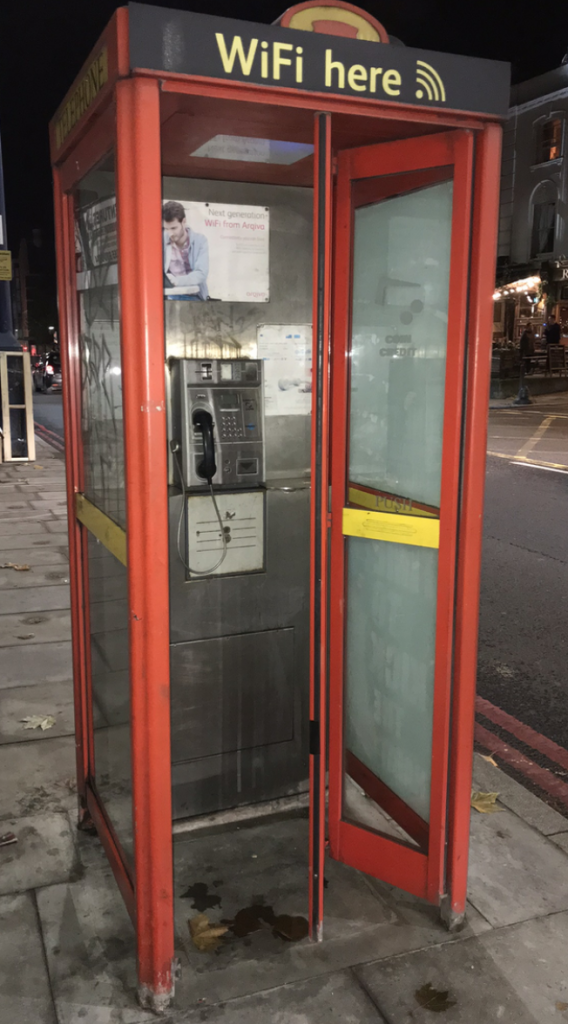