This is a topic I find myself thinking about very often. So often that I though I would end up having a saying on it. But as with humor in general goes, it gets difficult to state anything that sounds precise and comprehensible enough.

But since the topic keeps on fascinating me again and again, I ended up deciding to conclude this contemplative stage by gathering a few random comments on the topic of… randomness and humor!

The mystery, the way it goes for me is:

So probability has been there for ages, and video games make use of it in sophisticated ways. In this post, though, since much has been said about that topic already (and since I couldn’t say much about it anyway), I’ll focus on the role randomness plays on narrative, and how it impacts emotions.

Numbers will probably play a part in here as well, but the most important tool in this case is, in my opinion, the know-how of the designer and writer.

One quote to condense them all

And since I barely have any idea of what I’m talking about, I’ll start by quoting and authority in the field.

I remember watching a video with Aaron Sorkin saying something like:

When they ask me about humor what I say is, I don’t know why it is, but an odd number will always be funnier than an even.

Thanks Aaron! That’s exactly the way I feel! I don’t know why it happens, but some times I’m reading a book, playing a game, walking down the street, speaking to somebody, and I just find something specially funny in a heartwarming sense, just because that bit extra of something. I swear there’s some magic in it.

Nadia, what the h*ck are you talking about!

Fair enough. I’ll give you a couple of examples:

This game is quite random in general, and also, lots of fun! So I was walking around your typical desert yesterday, when I came across a taxi driver: 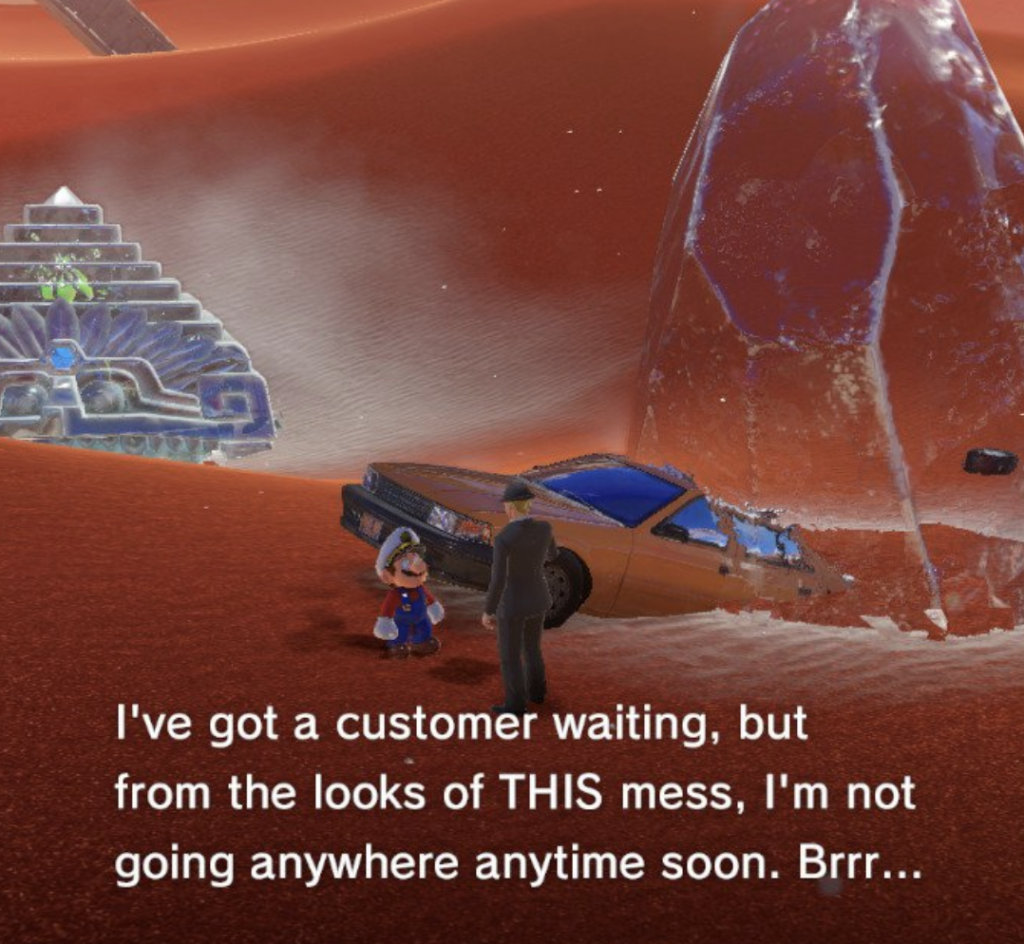 The impact of the finding is of course connected to the fact that up until that point a total amount of zero humans had shown up in the game. And the funniest part is that the guy seemed to take having crashed into a parallel dimension very easy, as he’s main concern was fulfilling his mundane (but totally respectful) duty of carrying customers to places.

Hearthstone balancing design is something that marvels me, and I can only dream about grasping the surface of it. But still, there’s something I can say about randomness in this game, and that’s the way it triggers emotional responses. Just because I’ve experienced it myself!

So special cards like legendary cards are of course more rare that the common ones, and regarding those, I’ve seen a connection between rarity and puns in terms of the cards visual representations and overpowered stats.

I mean, the game is lots of fun already, but in legendary cards you can see the designers went a bit wilder in terms of what they were adding to the universe.

Cool legendary cards with stats that make me laugh!

Even if it’s the opponent who’s playing the card and you who’s being defeated, even if you’re about to lose because it’s the end of the game, and even if you’re deep down into frustration, you can’t avoid internally smugging when you see these cards coming to the board.

Getting totally useless stuff from gatchas, crafting, and the like

You get your loot box, or gather the necessary ingredients to craft something, you come across a chest. Time was probably invested and expectations were built up. And then you get… c*ap!

There’s frustration and there’s disappointment, but also, to a certain degree, there’s also an understanding smirk in your face. And it turns out some times the result is not presented to you as a failure, but as an endearing defeat. Check this out: 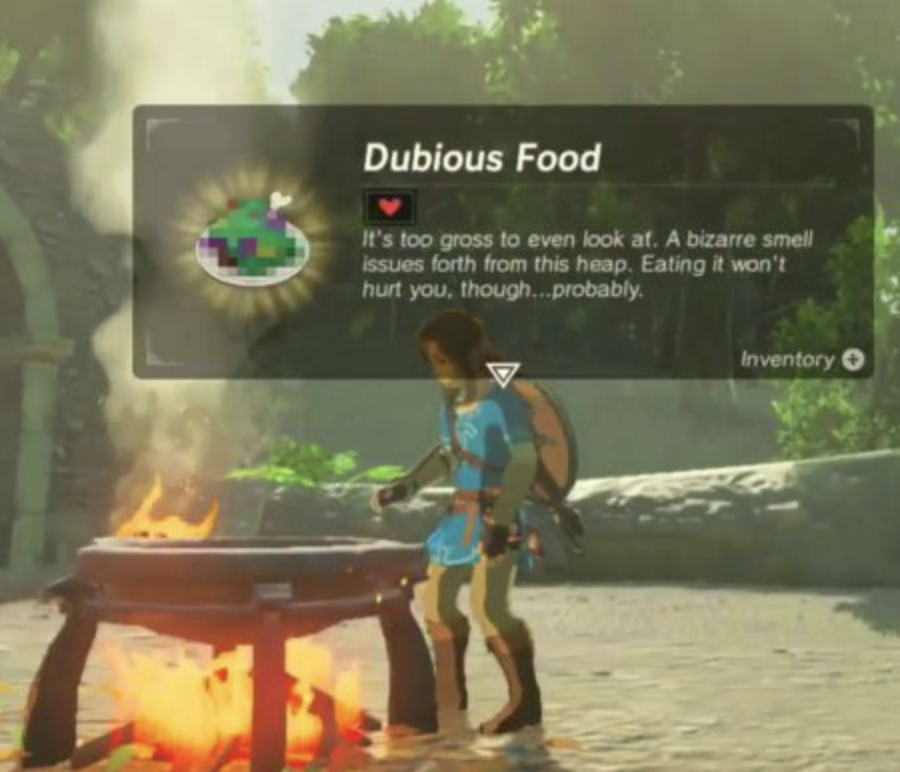 Won’t use any example here for obvious reasons, but I can think about a couple of stories with endings that came completely out of the blue. That’s neither a good or a bad thing per se, but I like it when the initial wtf reaction goes followed by a second thought of ‘well, it somehow… made… sense…’.

Okay, so what does this boil down to?

I actually have no idea! I only know there’s a connection between randomness and humor, and I know it has potential to hold something unique that can’t be found anywhere else.

But you’re totally right, after this unnecessary long lecture, it’s about time that I, at least, deliver some sort of definition or list of conclusions. So here I go:

And what follow now is my subjective and romantic contribution to the topic.

Part of what might make randomness feel funny and just right in a way is that it gives us a breather from the hectic, demanding, and extremely rational duties of our day-to-day.

There’s something comforting in being reminded that there are things we just can’t control. That we might and actually will fail. That there’s no point in trying to make it perfect because it might never be perfect.

And that’s the only thing that could keep us even trying.

So randomness, my friend, is what keeps the universe on track!