Undertale is weird and disorienting.

However, it’s easy to be mislead by its aesthetics if one knows nothing about what this game really is about. On the surface, it looks like an old school RPG game with a traditional combat system. Since I hadn’t read a lot about it before playing, it took me some time to realize that the occasional deviations from the genre weren’t just out of a gratuitous weirdness, but that they were actually helping in making a point at a deep level.

Undertale is not just a game where you fight. It’s a game about fighting (and not fighting). Which I had never seen before.

In this article I would like to reflect on some of the quirks that surprised me the most, and on some of the components that help reinforcing the theme.

An exploration of verbs 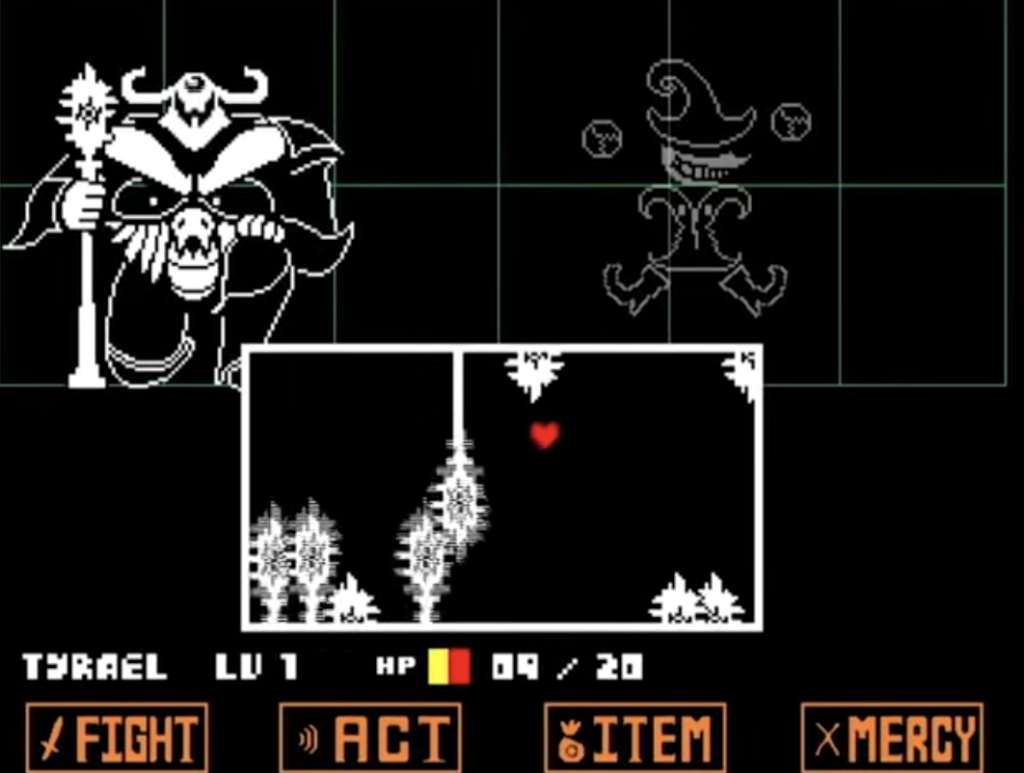 A snapshot from a combat in Undertale

For me it was surprising to see how the austere aesthetics of the game and elements in the scene managed to produce so many situations where basically all actions mean something, and many times, something different.

There are many different verbs through the adventure part of the game, and also in the combat. For this one, the gameplay mechanics have been refined so that they always tell something different in the conversation that’s taking place between the main character and the boss, or maybe also between the player and herself.

Each interaction in the combat indirectly brought me to ask myself a question. Am I forgiving? Am I having mercy? Am I asking for mercy? And then, I found myself looking for a way to express my thought through actions, which feels very much like having real agency.

As I played I was surprised by how this otherwise simple looking game creates a micro world in which you’re put against the ropes at an emotional level, even with more and more intensity as the story progresses.

It’s all about the pacing

With so many twists, with so many different than expected mechanics, with some many kinds of puzzles, one would think the player might end up feeling overwhelmed. Still, I like how a big part of Undertale is about anticipating and pacing, and also, how all is done with a slightly cruel sense of humor.

Characters introduce puzzles when the player actually doesn’t have to solve them yet, bosses pop up in combats when they’re not quite showing their real power. And thus, I felt I was granted some sort of mercy that made me connect with the main character, the chosen one who went on a quest of freedom, all by herself, but still being recognized by the others, even by her enemies, and hinted how to follow through the right path.

The witty and some times surrealistic dialogues are supported with the expressive use of stylistic resources on dialogue bubbles. 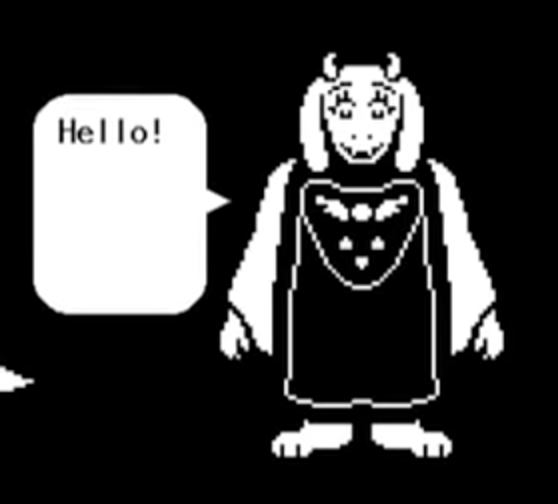 The pacing, typography, animations and sound effects are some times not only used to display the text, but also to give it a specific quality, and to tell something about how the main hero perceives the other characters.

The dialogue system and UI display even play with themselves many times, not that much as in breaking the fourth wall, but as in going meta and saying something about themselves. 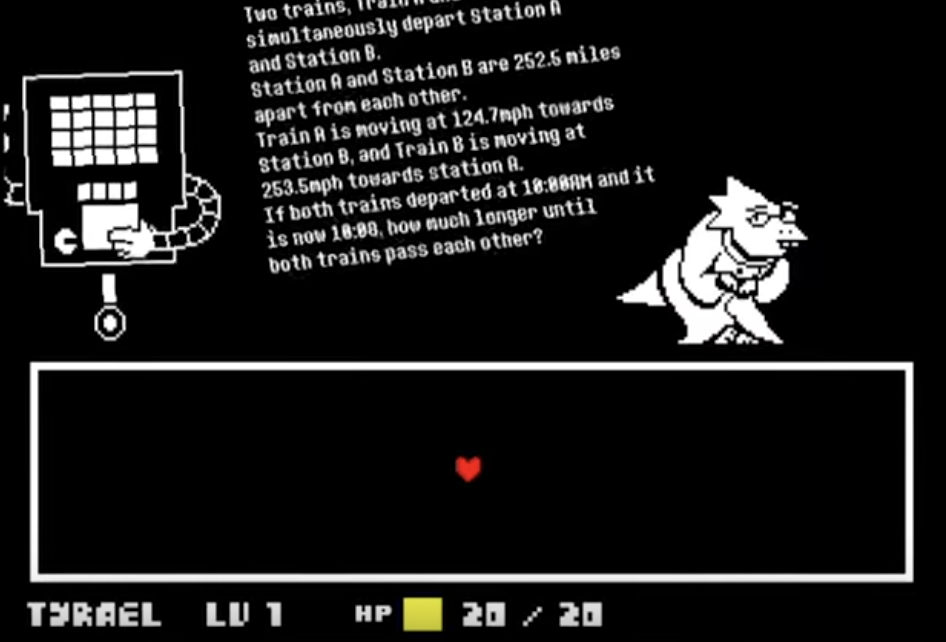 Mostly every time where text is displayed in combat, shops interfaces, or dialogue sequences, it’s saying something beyond what it’s literally saying, and it does it in always different ways and in its own terms.

Screenshots of dialogue screens aren’t conveying much meaning beyond the stylistic playfulness, and the intended sense is only achieved when the player is aligned with the story and the context. Still, here are some more samples! 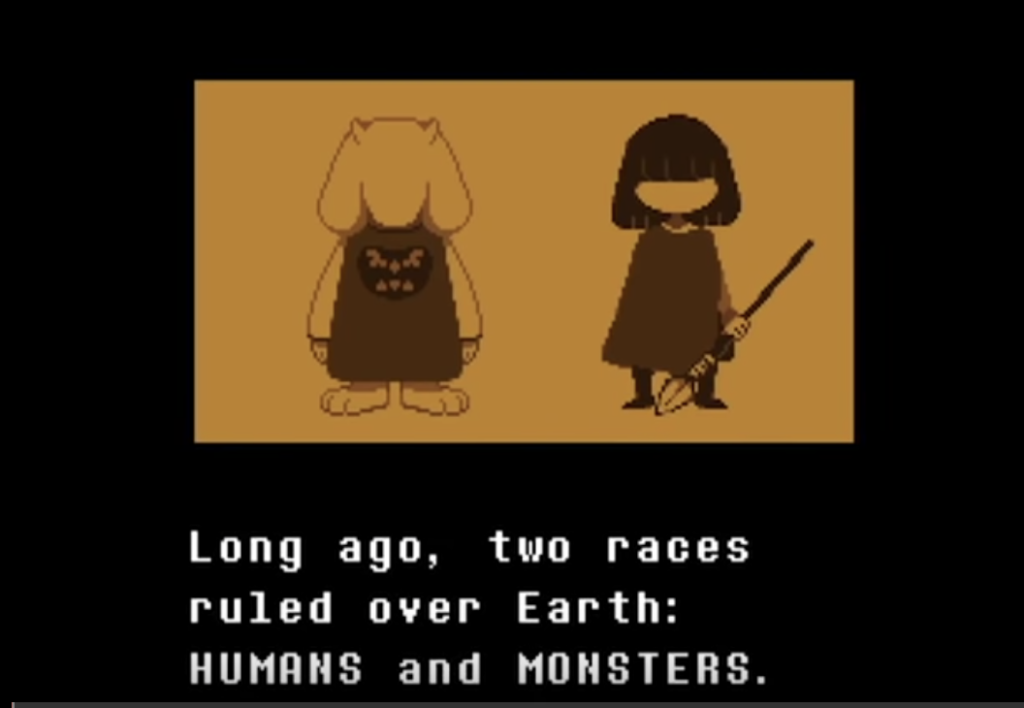 Some influences for the world building and the tone are, I dare saying, surrealist works like the movie Cool World, where creatures from different worlds coexist and somehow, shape dynamics that end up (kinda) making sense.

I was just a bit sad that the end of the story didn’t resolve in a slightly more rational outcome, but I enjoyed the whole journey, where I came across weird characters and objets trouvés kind of settings with hints of Dadaism.

A nice counterpoint to the art style throughout all the game is the soundtrack, which is, in contrast to the visual style, sophisticated and nuanced, which frames the experience wonderfully.

Gameplay-wise, not only the combat system, but also the level design has innovative and reckless approaches, I think. Most of the times the new puzzles and mechanics are presented tentatively at first, to only become real gameplay after the further encounters, which is a good way to get the player prepared for the varied and unfamiliar designs, and also helps feeding the expectation.

Another thing I would highlight in this regard is how well the goals are focused at any point, and how intuitive the solutions are (despite the level of surrealism), which I appreciate very much as a way to avoid the some times disorienting branching of point and clicks. 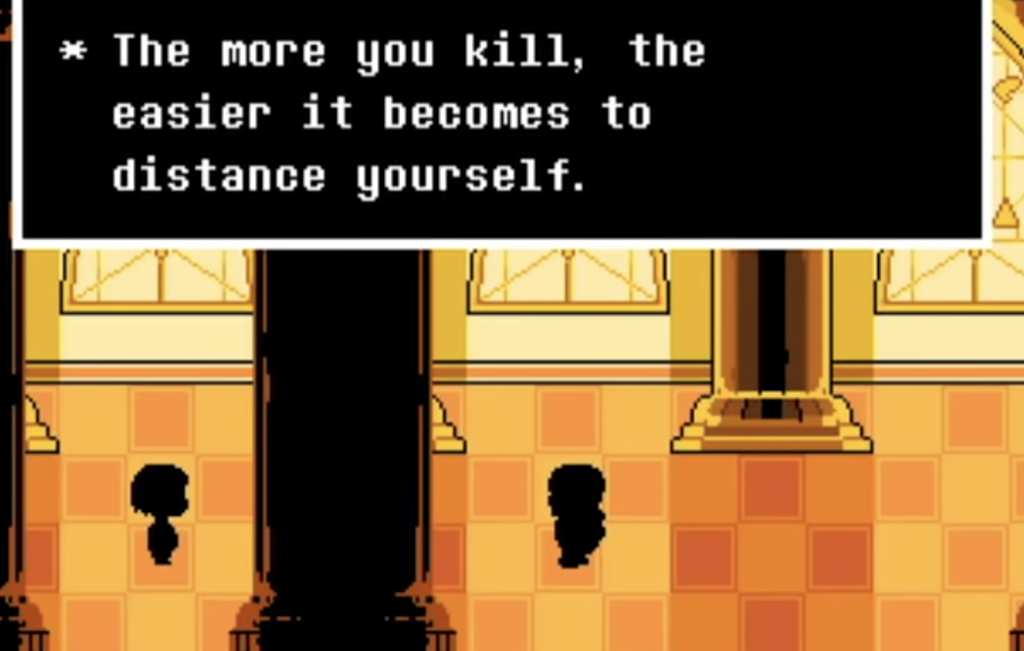 Looking back, I can’t avoid thinking about Undertale as a somehow claustrophobic experience that effectively pushes you in a continuous exploration your own morality, where you’re some times judged for the choices you make, as in reminding you that whatever you do, either if you fight or if you don’t, it will have consequences.

Other recurrent topics I saw shinning for their eloquence, or at least, that resonated to me personally, were the difficulty of communication, the complexity of feelings, and the presumably impossibility of hurting other people’s feelings.

I like how Undertale talks about all these things in-depth, but also how it talks about it as a game; making use of resources that are unique to video games, like combat systems, fail conditions, and even the final credits.