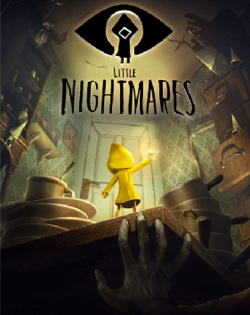 I have mixed feelings towards Little Nightmares, because as a player, I don’t treasure the moments of extreme frustration, even if the outcome of overcoming the challenge seems to be promising. As game designers, our goal is to entertain, so flirting with negative emotions and responses is always a risk.

However, the way I see it, it’s the way designers deal with strong emotions what makes this game so memorable. And it’s not just about designing puzzles that are difficult to overcome, but also about the pacing, the variations and echoes that surround those puzzles.

There are many great mechanics and small details that left an imprint on me, but I’ll  just try to scratch the surface with some of the ones I found more meaningful on a narrative level.

Every good torturer knows the potential psychological impact of tuning up the torture tool set in front of the victim even before the party starts.

In Little Nightmares, we some times get open shots between chapters where we see a distant blurry silhouette not explicitly harming. 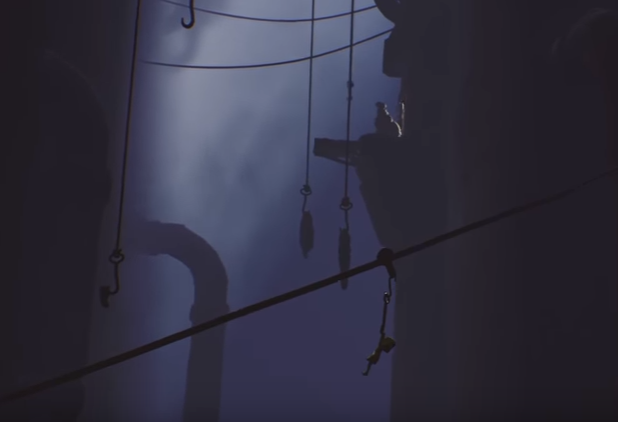 Anticipation has always been a recurrent resource in horror films, so for example, you’ll always get the typical build up music that climaxes on an epic scare that usually ends up being just a false alarm.

An interesting variation I found very effective in Little Nightmares is that even though the silhouettes are so far away, and you’re safe at that moment, the emotional impact is enormous. I think the potential relies on the fact that you always see those shapes heading towards the same direction as you, so there’s an implied promise that the threat doesn’t care about now. It knows it will get you eventually.

The way I see it, it’s that friction between security and danger where the emotional appeal come from in this game. 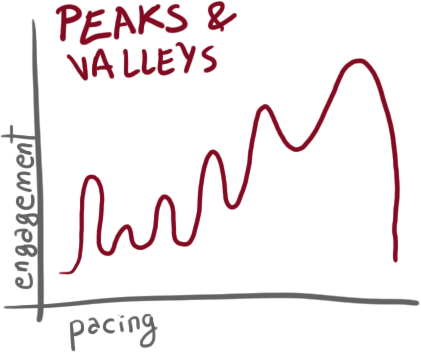