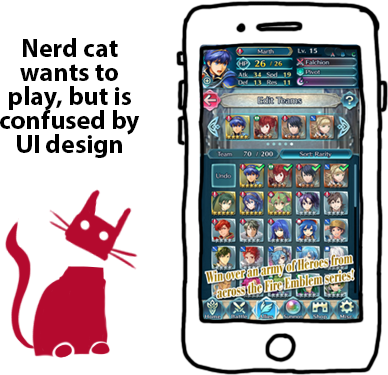 So I’m reading Don’t make me think, a common sense approach to web usability (written by Steve Krug). And I’m amazed when I see the writer takes examples from classical written news design to illustrate usability rules that are relevant on today’s digital world. I was surprised mostly because I studied many of them about six years ago, on my Journalism degree, when the discipline was still figuring out how to make a solid theoretical basis out of the app ecosystem.

Back then I didn’t have a smart phone yet, and stained my fingers on newspapers ink on a daily basis, because that’s what everyone else did, and it felt like the right thing to do. Nevertheless, it comes out as a pleasant surprise that much of the stuff we learned back then I’m able to apply on my content creation and game design work. (Of course, many others don’t apply anymore, but my selective memory already got rid of that.)

So this post is a kind of homage to the perpetuity of (some of the) Knowledge, and to those 7a.m. visits to the news-stand of my student years. And to bring some airs of modernity, each comes along with a couple of examples from games and apps.

END_OF_DOCUMENT_TOKEN_TO_BE_REPLACED

A few things in Spanish. In July I launched the first chapter of The Time-Space Travels of Little Sallie Dustfield. I’ve written a lot and I’ve drawn a lot, but I don’t think I’ve ever been more fond of any other of my characters. I hope I can publish the next two chapters of the trilogy in 2017.

I also hope I find a couple of gaps next year to publish two projects that are actually 90% done. My plan had been to publish them on 2016, but at least I was able to give them a good boost. Since I’m working a lot more on games and interactive storytelling lately, and much less on plain old prose, there will be some in English too!

The truth is that I have barely written any fiction on 2016, at least compared to previous years. In November 2015 I started working full-time as a game designer, and since then I’ve tried to educate myself and explore other ways to tell stories. Bad part is my prose is less agile, and some times I find myself forgetting basic stuff I would have given for granted before. But doing more varied stuff feels good too, and I can always go back and catch up again. :D

Anyway, since I work full-time on video games, I’ve learned quite a little bit about many things as staging, script writing, and also, I have drawn a lot!